Dan has been helping his community his whole life – his first-ever job was delivering the Ballard News Tribune while attending Whitman Middle School, and he served in the Northwest Youth Corps and King County Search and Rescue during high school. After graduating, Dan served in the AmeriCorps National Civilian Community Corps, working on projects ranging from disaster relief to teaching in schools while living throughout Ohio, West Virginia, and Pennsylvania.

Dan attended Whittier College, studying Political Science and served as Student Body President. During college, he participated in service trips responding to Hurricane Katrina in New Orleans and volunteered daily at the local soup kitchen. Dan went on to earn his Master of Public Administration degree and Certificate of Nonprofit Management from the University of Oregon.

Returning to Washington, Dan lived in Upper Fremont and the Green Lake neighborhood and continued serving the public. He split his time between Seattle and Olympia as a Legislative Assistant to Senator David Frockt. Dan worked with Senator Frockt on the very first version of Washington’s Extreme Risk Protection Order, a law designed to temporarily restrict access to firearms from people who demonstrate a threat to themselves or others. Dan knew how important this policy was to protect our communities, so when the legislature failed to pass responsible gun legislation, he went to work for the Alliance for Gun Responsibility on the Extreme Risk Protection Orders Initiative (I-1491), which he helped get passed in 2016 with over 70 percent of the vote.

Currently, Dan serves Councilmember Sally Bagshaw as a Senior Policy Advisor on transportation, planning, land use, zoning, economic development, environmental, and utility policy. He has also advised on education and parks policy. Dan is well-versed in the issues facing the city, and his job every day is bringing coalitions of governments, organizations, and community groups together to solve problems. He has the skills and relationships to hit the ground running on the first day as your City Councilmember.

Dan loves living in Ballard because there is nowhere else that is 2 blocks to the salt water, 4 blocks to the freshwater,  and 1 block to multiple bus routes. In his free time, Dan enjoys mountaineering, building hiking trails, and kayaking around Seattle. Last year he paddled 70 miles at once in the first ever SEVENTY48, an unsupported human power race from Tacoma to Port Townsend. You can most often find him walking around Green Lake or at the Ballard Farmers Market buying salmon and eggs. 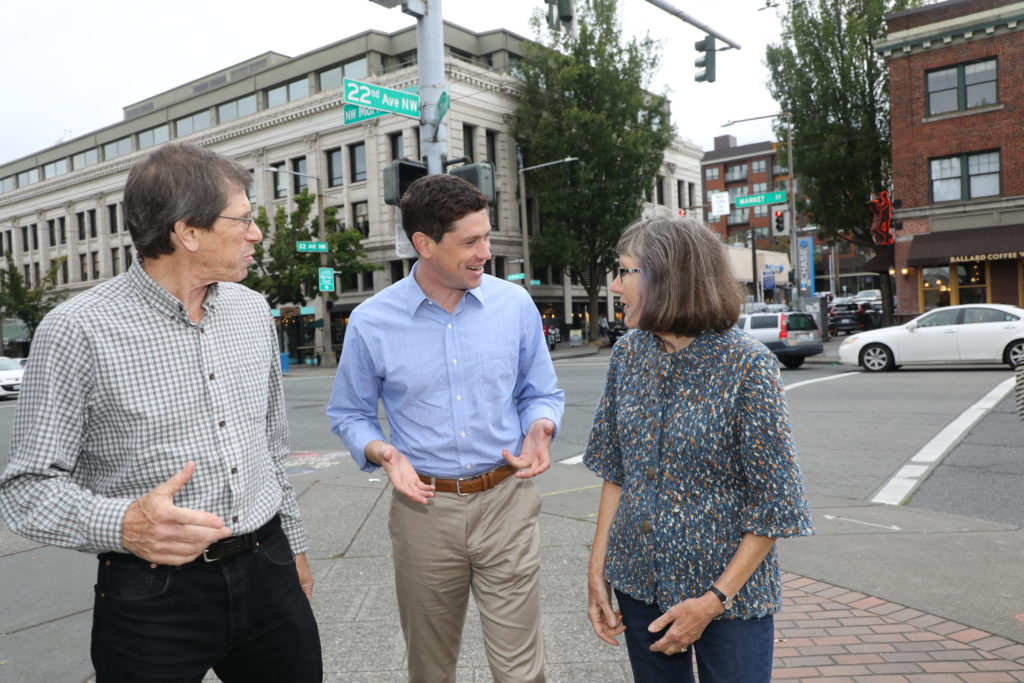 This message is only visible to site admins
Problem displaying Facebook posts.

Error: Error validating access token: The session has been invalidated because the user changed their password or Facebook has changed the session for security reasons.
Type: OAuthException
Code: 190
Subcode: 460
<span class="cff_resized_image_